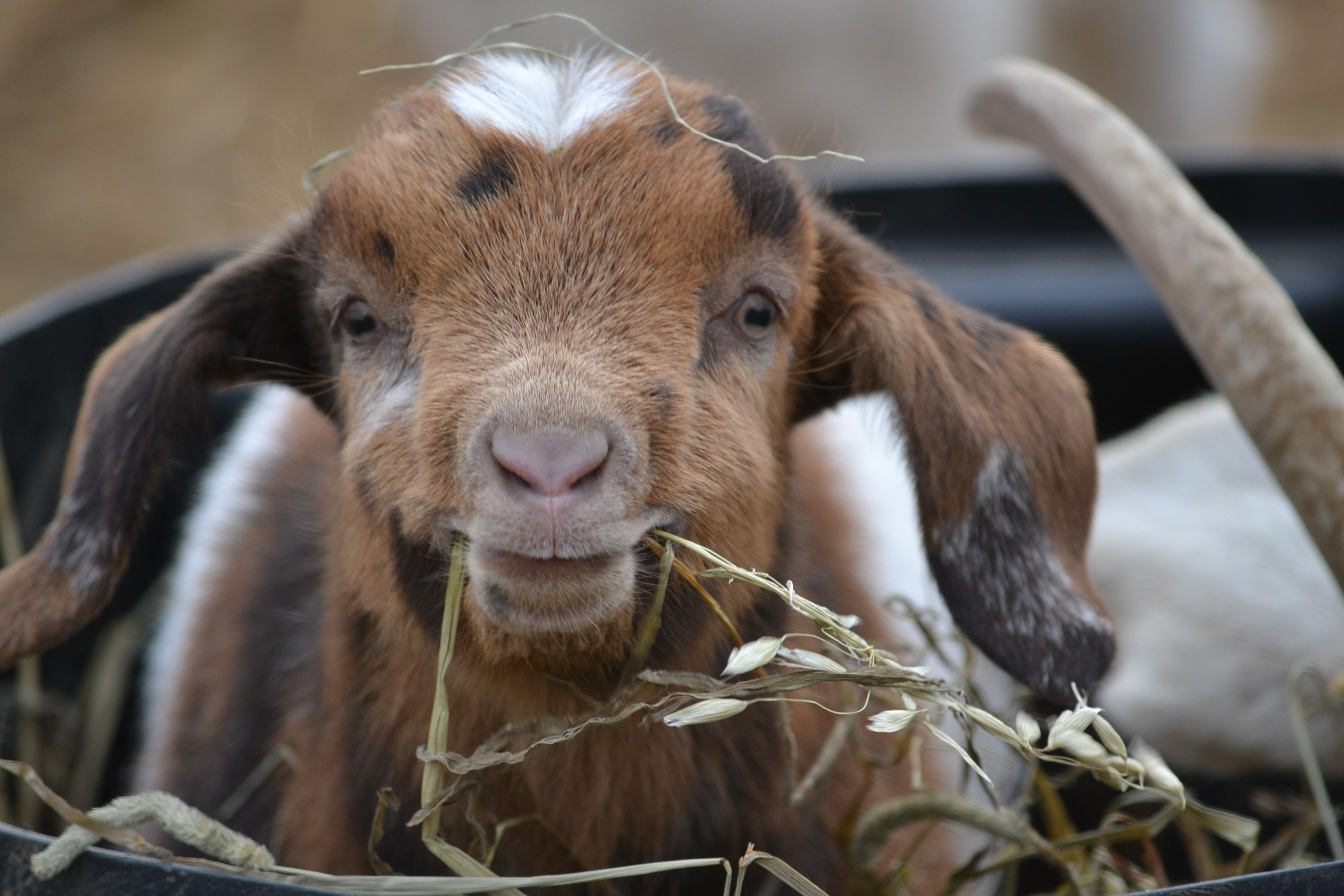 Have some stubborn weeds on your property? Here's how you can take care of it—one hungry animal at a time.

Every homeowner can attest that a well-manicured landscape free from weeds comes at a price. Not only is it time-consuming, but it can require harsh chemicals and even be dangerous when dealing with certain unwanted plants like prickly thistles or poison ivy. These pitfalls are what inspired Aaron Steele to launch his own landscaping venture called Goats On The Go. The "employees" are goats and yes—they are dispatched to different areas to chow down on invasive plants. And yes—it really does work.

Steele is co-founder and co-owner of Goats On The Go, which started out in 2012 in Ames, Iowa. It didn't take long for Steele to realize he would need to expand his business to help more homeowners, though he wanted to do it in a "responsible" way. So in 2016, he began expanding his business through a network of affiliates that are trained and supported by the owners. The company now has about two dozen independently-owned businesses in 10 states operating under the Goats On The Go brand. "I think there’s a novelty factor to it, but [the goats] are a really practical tool," Steele says. "They have the potential to get the job done in a space that’s unsafe or unwise for people to do the work. We’re seeing that demand, and we’re seeing our business grow around the country."

Although releasing a herd of hungry goats on an all-you-can-eat adventure is certainly a spectacle, there is a method to the madness. The most important part of the equation—besides the animals, of course—is the portable electric fence that’s charged by solar power. This ensures the creatures are kept to the "problem vegetation" and not the plants that owners want to keep. Thanks to the enclosure, “[the goats] can focus on the nasty stuff," Steele says.

A charged fence may sound intense, but Steele assures that the grazers aren’t harmed if they do come in contact with the barrier. "If you put your hand on it, it would be similar to the worst static shock," he describes. "It’s very unpleasant, but I wouldn’t describe it as painful. But it discourages you from touching it again; the goats learn very quickly."

For those of us who have experienced the food free-for-all referred to as a petting zoo, we know all too well that goats will eat just about anything. Steele says they actually enjoy many invasive species, including honeysuckle, mulberry, and even poison ivy. "They definitely have their favorites," he says. "They’ll wander through an area and one or two of their favorites will disappear, like people at a buffet. They’ll focus on their favorites and then lower their standards."

Pricing for the goats' services varies depending on the market and factors such as the size of the land and the number of goats required. Steele roughly estimates a smaller project, which would be less than 10 acres, costs around $1,000 per acre. The price per acre on larger projects is often cheaper. And the uh, fertilizer the animals leave behind, is free of charge.

Steele believes his solution is the G.O.A.T.—the greatest of all time—but he says it’s not the only method to use. "We talk to customers about using goats as one important tool in the toolbox, not the only solution," he says, though he notes there are “definitely advantages” to using the four-legged weed-eaters. "They offset the use of chemical herbicide, [and] they cause very little disturbance or erosion. Our goats kick through land very carefully and leave you with a much-improved property."

By Jennifer Aldrich for Better Homes & Gardens.  Click here to watch the videos!